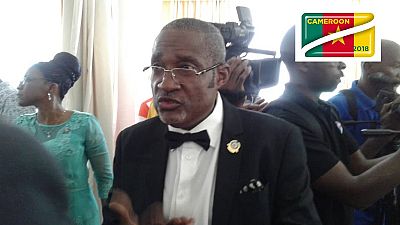 Chairman of Elections Cameroon, ELECAM, the country’s main elections body, Enow Abrams Egbe, has asked displaced people and refugees in Nigeria to return to their respective areas to participate in upcoming presidential elections.

The ELECAM boss also confirmed that all necessary materials and security arrangements had been dispatched to all sub-divisions ahead of the October 7 vote.

He was speaking on Wednesday during a meeting of top ELECAM members in the capital, Yaounde. He stressed that all arrangements had been made for voting to take place in restive Anglophone regions.

The security crisis in the North-West and South-West regions has led to internal displacements and a refugee crisis that has seen people fleeing violence cross into Nigeria.

The United Nations refugee agency has put the number of displaced in the thousands.

Reports indicate that opposition leaders have maintained that millions of English speaking Cameroonians will not be able to vote in their own hometown due to security threats; advancing that even authorities are finding it difficult guaranteeing their own safety.