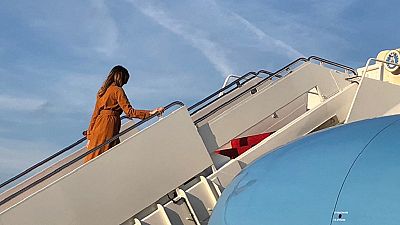 The United States first lady Melania Trump departed for Africa on Monday, embarking on a trip that will take her to four countries on the continent.

Mrs. Trump is scheduled to make stops in Ghana, Malawi, Kenya and Egypt in a nearly week-long trip to focus on children’s issues. She is due to arrive in Accra on Tuesday.

The plane carrying ⁦FLOTUS⁩ is wheels up. Melania Trump will be visiting Ghana, Malawi, Kenya and Egypt on her trip to Africa. pic.twitter.com/5MnzRtw494

President Trump has not visited Africa since entering office in 2017, but he has garnered sharp criticism for reportedly referring to immigrants from African countries with a derogatory term.

While Melania described her hosts as four beautiful and very different countries, her husband Donald also had a particularly surprising description for the continent.

“She’s making a big trip to Africa,” Trump said as he arrived at the United Nations last week.

“We both love Africa. Africa is so beautiful, the most beautiful part of the world, in many ways.” 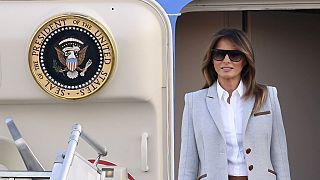 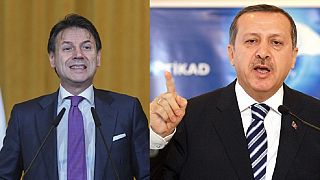