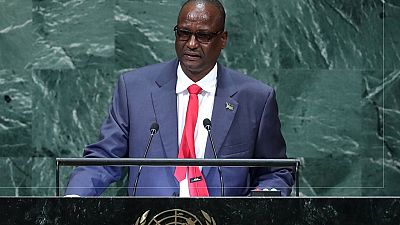 South Sudan’s vice president, Taban Deng told delegates at the United General Assembly on Friday that the Juba government was committed to a new peace deal following a string of failed agreements.

“I have been asked specifically why my government believes that it is a permanent peace this time?” the vice president told the UN assembly.

He responded by quoting an African proverb that he said showed that the leaders had changed attitude by looking “where you have slipped, because it is there you will find what made you fall.”

Several peace deals signed by South Sudan’s leaders have collapsed, most notably in 2016 when a major battle in the capital forced Machar to flee for his life.

Taban Deng called on “members of the UN family, including those who are skeptical, to give peace a chance” in South Sudan, arguing that his government had “unreservedly embraced” diplomatic efforts led by the regional IGAD group.

UN peacekeeping chief Jean-Pierre Lacroix told the Security Council last week that despite the peace deal, fighting was continuing in the states of Central Equatoria and Unity.

South Sudan is ready to allow a regional force to monitor security arrangements under the new deal that include the cantonment of forces, he said.

South Sudan descended into war in late 2013 when Kiir accused Machar of plotting a coup.

A US-funded study released this week put the death toll from the war to at least 382,9000, far higher than previous estimates and more than in the conflict in Syria.

Amnesty International this month accused government forces of carrying out war crimes of “staggering brutality” during a recent offensive in northern Unity state.

Civilians were shot, burnt alive, hung in trees and run over by armored vehicles. The group also documented rape, gang rape and abductions of women and girls. 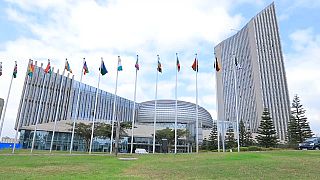