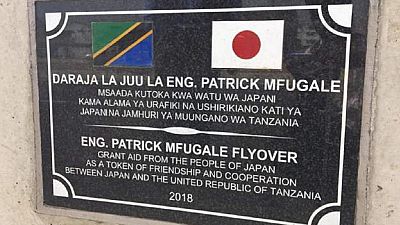 Tanzania’s president, John Magufuli explained why the country’s first flyover, built in Dar es Salaam through a Japanese grant, has been named after Engineer Patrick Mfugale.

While officiating the launch of the flyover on Thursday, Magufuli said the decision to name the Tazara Flyover in honour of the Tanzania National Roads Agency (Tanroads) director was based on Mfugale’s commitment in serving the nation.

Magufuli, who worked as works minister before he became president, said he had personally supervised Mfugale’s work.

He served his country with great honesty and I believe that you (Tanzanians) will agree with me that we name this flyover after his name.

‘‘I know him as a hardworking person, patriot, faithful and creative in his undertakings,’‘ Magufuli said as he launched the flyover that cost $45m.

The flyover has been built at the Tazara intersection, which is a notorious point for gridlocks and it connects traffic to the central business district, airport and the port.

Magufuli revealed that Mfugale and another colleague were unfairly sacked from the works ministry between 2007 and 2008 after they rejected unlawful orders from their supervisors.

While their sacking was later deemed unlawful and the permanent secretary ordered for their reinstatement, Mfugale’s frustrated colleague committed suicide.

He commended Mfugale and his colleague, a one Mvungi for sticking to engineering ethics.

‘‘Today, he is dead because he chose to stick to ethics as an engineer. This That is the price of being faithful in the workplace,’‘ the president said.

During his tenure as works minister, Magufuli appointed Mfugale to head Tanroads.

‘‘He served his country with great honesty and I believe that you (Tanzanians) will agree with me that we name this flyover after his name,’‘ concluded Magufuli.