A South Sudanese military court on Thursday sentenced 10 soldiers to jail sentences ranging from seven years to life for the rape of foreign aid workers and the murder of a local journalist in an assault on a hotel in the capital Juba in 2016.

Eleven soldiers were on trial but one was set free due to the lack of charges against him. The court also ordered the government to pay damages to the victims.

Two soldiers received life sentences whiles eight others got prison terms of seven years and above. The court also ruled that the government should pay compensation to the victims of the assault.

It is described as one of the worst attacks on aid workers in South Sudan’s civil war, it took place on July 11, 2016 as President Salva Kiir’s troops won a three-day battle in Juba over opposition forces loyal to former Vice President Riek Machar.

Witnesses told Reuters at the time that armed men attacked the Terrain Hotel in the capital Juba for several hours. Victims phoned U.N. peacekeepers stationed a mile away and begged for help, but none came, the witnesses said.

The military head of the U.N. peacekeeping mission was fired and the political head resigned over the incident. 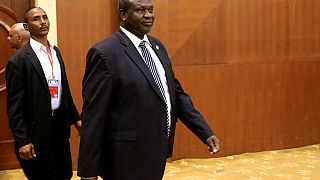 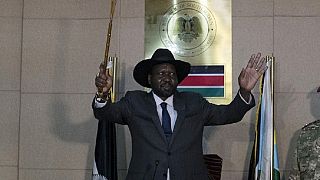