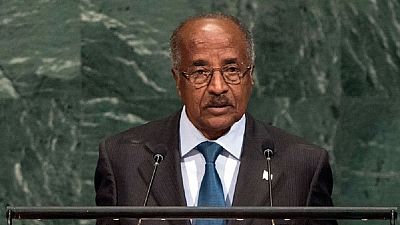 Eritrean Foreign Minister, Osman Saleh, has said all nationals abroad are free to return home in the wake of peace with neighbouring Ethiopia.

Saleh in an interview with the German broadcaster DW said Eritreans exiled for whatever reasons could return and that the government had a policy to that effect.

In responding to a question about whether German Development Minister Gerd Muller had discussed migration on a recent visit to Asmara, Osman replied: “Yes, he did. But we we do have a full understanding that Eritreans can come back voluntarily at any time.”

We know that it is only because European countries have given political asylum to Eritreans that migrants are attracted.

Asked if such returnees were welcome home he continued: “Yes, there is a comprehensive government policy [on that], but Eritreans who want to come back voluntarily, they can come. There is no problem.”

He, however, reiterated a government position that Eritrea was a cause of illegal immigration to Europe. The country has been among the highest migrant contributing nations along with Somalia, Sudan and Nigeria.

The Eritrean regime has long been accused by rights groups of governing the country with a tight grip trampling upon dissenting voices – political, religious or press freedom. The government justified the action by citing its “no peace-no war” situation with Ethiopia.

“Migrants are not coming to Germany at the same rate as previously. The numbers are very much on the decrease. And we are not the cause of the migration.

“We know that it is only because European countries have given political asylum to Eritreans that migrants are attracted,” he added.

Muller is on an eight-nation African tour that will see him fly to other countries south of the Sahara to deepen German-Africa development cooperation.