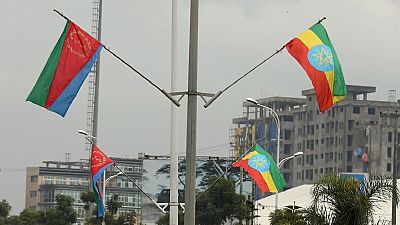 Eritrea on Tuesday hosted reconciliation meeting between the Ethiopian government and a rebel group belonging to the far north Tigray region.

According to Information Minister Yemane Meskel, representatives from Addis Ababa led by the Director of the National Intelligence and Security Service met with a delegation of the Tigray People’s Democratic Movement, TPDM.

Whiles the Ethiopian intelligence chief led the government team, the TPDM was led by its chairman Mokonen Tesfay.

This is a continuation reconciliation efforts led by Asmara between Addis Ababa, Ethiopian regional governments and rebel groups that have been based in Eritrea.

So far, Asmara has been the venue of meetings between Ethiopia and rebel groups from the Oromia and Amhara regions.

On August 16, representatives of the Amhara Region and the Amhara Democratic Forces Movement, (ADFM), signed a Reconciliation Agreement in Asmara today. The Agreement provided for the ADFM to pursue its political activities in Ethiopia through peaceful means.

It provided for i) termination of hostilities; ii) that the OLF will conduct its political activities in Ethiopia through peaceful means. The two sides also agreed: (iii) to establish a Joint Committee to implement the agreement. Foreign Minister Workneh Gebeyehu participated in the meeting.