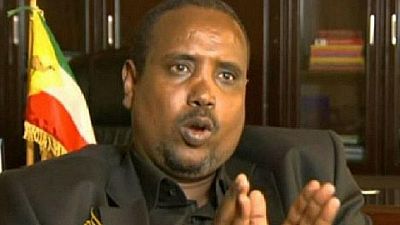 The former regional president of the Somali region in Ethiopia, Abdi Mohamed Omer, commonly known as Abdi Illey has been arrested, a day after the state stripped him of immunity, along with six other officials.

State broadcaster, ETV, reported that Omer had been arrested on suspicion of gross human rights violations as well as instigating ethnic and religious violence.

In an extraordinary session on Sunday, the Council of Ethiopian Somali regional state stripped Abdi Illey of his immunity, on suspicion of having links with recent violence in the regional state.

The police also reportedly found several firearms at the house where Omer was arrested.

Update: The police have said they have found five Kalashnikov and four pistols at the house where former #Somali state president Abdi Iley was arrested earlier. The fire arms were placed under police jurisdiction. pic.twitter.com/ZfDn69tsXd

Omer has long been accused of gross human rights abuses, chiefly the arbitrary arrest and detention of opponents. The paramilitary unit, Liyu Police, which he was leader of are also accused of deadly cross-border raids especially in adjoining Oromia region.

Human Rights Watch (HRW), who have consistently documented human rights violations in the Somali region, welcomed the arrest of Abdi Illey as a ‘start to justice’.

‘‘Hopefully, arrest of Abdi Illey is a start to justice for victims of serious crimes in region. Other officials who directed and supported abuses, including crimes against humanity and war crimes, should also be held to account,’‘ said HRW’s Maria Burnett.