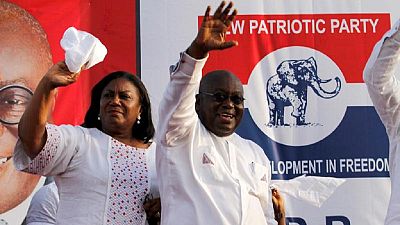 Ghana’s president Nana Addo Dankwa Akufo-Addo on Thursday evening announced a ministerial reshuffle, the first since appointments were made in March 2017.

Reports in local press indicate that talk of downsizing the appointments referred to as ‘elephant-sized’ did not materialize as the president kept 110 ministerial slots filled.

The reshuffle saw fifteen changes, reassignment of some ministers, a former deputy information minister taking up the substantive role. There were also cases of direct replacement of some appointees.

Major cabinet positions largely remained unchanged like the Attorney General and Minister for Justice and Finance Minister. The president replaced a dismissed Energy Minister with the former Lands and Water Resources minister – who had been acting in the role.

The reference to an ‘elephant-sized’ team was in relation to the record number of appointees – the highest under the 1992 consitution, but also a veiled political mockery by opponents because the ruling New Patriotic Party’s official emblem is an elephant.

Back in March, the government defended itself against the accusation of a record number of appointments, Minority leader in parliament, Haruna Iddrisu, came out guns blazing saying that the cabinet will feed on the public purse.

But in response, then information minister Mustapha Hamid told reporters,” we never promised a lean government.” Adding that the size of the government was necessary to assist the president’s ambitious development agenda.

President Akufo- Addo was sworn-in in January 2017. He campaigned on the promise of revitalizing Ghana’s ailing economy.

In his inaugural state of the nation address last month, the president admitted that Ghana’s economy was in bad shape, but he would press on with plans to create jobs, cut the budget deficit and improve sustainable agriculture.