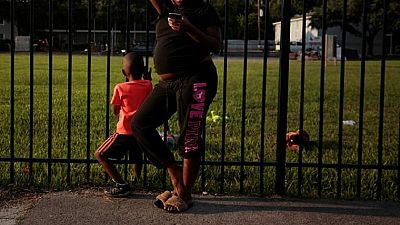 Human Rights Watch (HRW) has accused the Zambian government of failing to enforce a law that protects the right of young mothers to be educated.

The southern African country in 1997 promulgated a re-entry policy that allowed pregnant girls to retrun to school after giving birth.

“It was a positive step toward upholding girls’ basic right to education, expanding their future job options, and contributing to the country’s economic progress.

But many young mothers are still dropping out of school, because the government isn’t putting the policy into practice.

“But many young mothers are still dropping out of school, because the government isn’t putting the policy into practice,” HRW’s Senior Coordinator for Children’s Rights Susan Raqib, wrote in a piece titled: “Zambia Should Keep Young Moithers in School – Don’t let Pregnancy Be a Barrier to Education.”

Over in Tanzania, there is a clear government policy that bars girls from returning to school after giving birth. In Sierra Leone, special schools were established for such girls whiles activist dragged government to a regional court over the law banning girls from school post-birth.

The government should direct all schools to respect the policy, and provide guidance on pragmatic ways schools can support young mothers. It should make sure that school staff know about and comply with the policy guidelines, and that they are accountable if they don’t.

Trained counselors should meaningfully support pregnant girls and adolescent mothers and help them return to school. Adequately trained teachers should provide education for all students about sexuality and reproductive health.

It has been more than 20 years since the Zambian government promised that young mothers could return to school. The government shouldn’t delay any longer making sure that girls can complete their education, regardless of pregnancy or motherhood.