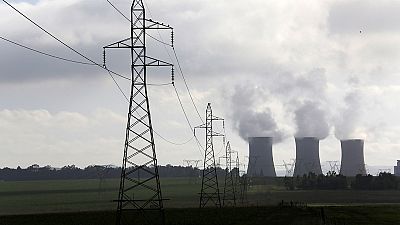 South African state-run power utility Eskom closed in on a wage deal with trade unions on Friday, as two large unions sought a mandate from their members to agree to Eskom’s latest salary offer after weeks of fraught negotiations.

Cash-strapped Eskom was forced to cave in to union demands for higher pay after protesting workers forced some generating units to be switched off, leading to power outages in Africa’s most industrialised economy last month and again this week.

Securing an Eskom wage deal would help soothe local markets rattled by other developments including a push by the ruling African National Congress to change the constitution to allow for the expropriation of land without compensation.

We’ve arranged different meetings at different plants all over the country over the next few days to discuss the proposal in detail with our members.

Unions represent bargaining unit where a mandate was give by the member. So when you say unions are greedy you mean worker are greedy. As worker we are fighting knowing very well what eskom has in their coffers. And the R10000 settlement payment is not an option

Eskom initially refused to raise salaries as part of a cost-cutting drive aimed at reversing a steep financial decline, exacerbated by corruption scandals under previous management.

Eskom is critical to South Africa because it generates more than 90 percent of the country’s power.

The Solidarity union said on Thursday it had accepted a salary increase of 7.5 percent this year and 7 percent next year and the year after, plus an inflation-linked increase in housing allowances and a one-off cash payment of 5,000 rand ($370).

#Eskom: Eskom has been negotiating with the Numsa, the National Union of Mineworkers and trade union Solidarity for over a month now.

A source told Reuters on Friday that the National Union of Mineworkers (NUM) was discussing a deal with its members. A draft agreement seen by Reuters showed an offer of a 10,000-rand one-off payment to satisfy its demands for annual bonuses.

The National Union of Metalworkers of South Africa (NUMSA) said it had sent Eskom’s latest offer to its members, without giving details about what it entailed.

This is all planned by management to compromise the employees for their benefit. If Unions accept this offer come next year Phakamani and his Crew will be swimming into millions of bonuses. Media praising them for stability into Eskom.

“We’ve arranged different meetings at different plants all over the country over the next few days to discuss the proposal in detail with our members,” NUMSA said in a statement.

Eskom said trade unions had committed to assist with normalising its operations but that there was a high risk of power outages over the next 30 days as the company worked to bring all its generating units back online.

Reuters reported on Tuesday that 15 units were down at nine Eskom stations, with 11 going offline on Monday and Tuesday because of factors related to protests and a wildcat strike by some workers, according to an internal document.

“Employees are encouraged to report back to work,” Eskom said in a statement. “The parties will formally sign the agreement on Aug. 8, after engaging their members, as discussed during the mediation process.”

Solidarity, NUM and NUMSA account for more than half of Eskom’s 47,000 employees.