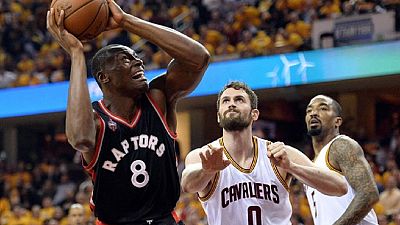 As the storm raised over the African roots of France’s football World Cup winning team, the National Basketball Association (NBA) is to treat the world to yet another celebration of Africa’s roots and talents.

The association and the National Basketball Players Association announced on Friday that NBA players with direct ties to Africa will play a world team in the third NBA Africa Game next month in Pretoria, South Africa.

Luol Deng (Los Angeles Lakers, South Sudan), Bismack Biyombo (Charlotte Hornets, Democratic Republic of the Congo), Joel Embiid (Philadelphia 76ers, Cameroon) and Serge Ibaka (Toronto Raptors, Republic of the Congo) will be among the players competing for Team Africa in the Aug. 4 game at the Sun Arena, with Biyombo and Embiid the co-captains.

In the name of Nelson Mandela

The game will take place following the 16th edition of Basketball Without Borders Africa. In honor of the centenary of the birth of Nelson Mandela, it will be played in support of the Nelson Mandela Foundation.

There are more than 80 current and former NBA players from Africa or with direct family ties to the continent, the NBA said.