Mali 2018 polls: A guide through the voting process 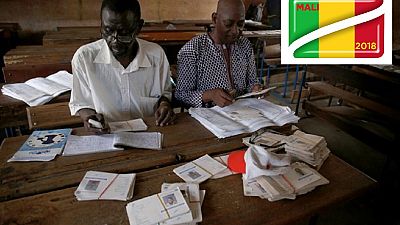 Malians will vote on Sunday in the election contested by President Ibrahim Boubacar Keita and a couple of dozen challengers. But inter-communal violence and jihadist attacks have cast doubt on prospects for a smooth election day.

The country has been in turmoil since Tuareg rebels and loosely allied Islamists took over the north in 2012. French forces intervened the following year but the groups have regrouped, launching attacks across West Africa and inciting tensions between different ethnicities.

Sunday’s vote marks an important step forward for Mali, a landlocked country in western Africa that is home to almost 19 million people.

SUGGESTED READING: Everything you need to know about Mali 2018 presidential election

The President of the Republic is elected for a five-year term with the possibility of second and final term by universal direct suffrage in a single plurality with runoff elections if no candidate receives an absolute majority of the vote.

Keita will be running for a second and final term and if no candidate secures the absolute majority (50 percent plus one of the votes cast) on Sunday, then a second round of voting will be contested by the top two candidates on August 12.

The election takes place in the entire country and abroad for the Malians who do not reside in the country.

Candidates for the presidential elections must be Malian by birth, maintain the full capacity to exercise their civic and political rights, and be at least 35 years of age at the time of the election.

Each candidate must personally declare his or her candidacy, while each declaration must be accompanied by the signature of ten members of the National Assembly or five elected municipal counselors in each of the ten regions and the District of Bamako.

The Independent National Electoral Commission (CENI), which is responsible for supervising and monitoring referenda and presidential, legislative and commune elections, is not a permanent body, but one that is constituted afresh before each election and is dissolved after three months after the final polling results have been announced.

The July 29 vote is a presidential election. Members of the National Assembly and other local leaders are scheduled to be elected at the end of the year.

To be eligible to vote, one must be a Malian citizen and be at least 18 years of age, be registered on electoral lists and maintain the capacity to exercise one’s full civil and political rights.

Electoral lists are permanent and are created from biometric databases of birth, marriage and death records and include photos and finger prints. They are updated annually from October 1 to December 31, as per the 06-044 Electoral Law of September 4, 2006 states that electoral lists shall be created or updated in each municipality, embassy or consulate by an administrative committee.

The National identification Number (NINA) is a unique number attributed to each voter based on this biometric data. Article 59 of the 2006 Electoral law states that each voter shall receive, a NINA card that is used as an electoral card the day before the election, at the latest.

There is fear of low voter turnout on Sunday as only 72 percent of voters have picked up their I.D. cards so far.

On the eve of elections, all NINA cards that have not been distributed to their owners are entrusted to the Deputy Prefects (local State authority in each sub-region), the District Governor, the Ambassador or the Consul against a document acknowledging their receipt.

Upon entering the polling station, the voter shows his/her NINA identity card which is the only identification document admissible at a polling station. Citizens who are registered on electoral lists and who do not possess NINA cards are not permitted to vote.