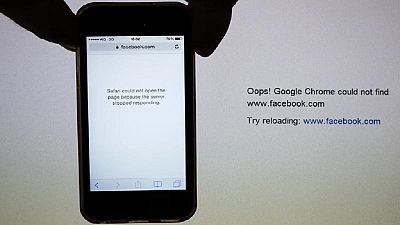 Kenyans took to social media platform Twitter to express their views – largely critical – of a voice and data outage from a telecom provider, Safaricom.

The company, which is 35 percent owned by South Africa’s Vodacom, controls nearly 70 percent of Kenya’s mobile market, with close to 30 million subscribers.

On Sunday (July 22), subscribers could not access services on the network. Safaricom acknowledged the issue but restored services hours later.

The outage, caused by a damaged fibre link, lasted several hours. “We have restored all voice and data services impacted by the outage that had affected the network,” the company said in a statement.

Amid the outage, Kenyans had views on how the company was virtually holding subscribers hostage.

Safaricom going down and literally all crucial data services coming to an halt is a clear reason why monopoly is a threat to national security. This state of affairs need to change or else today’s blackout will look like a joke. Market share need to be distributed fairly!

There are so many Internet options like Airtel, Telkom, Faiba, but Kenyans want to remain hostage of Safaricom. Acheni ushenzi! You should not remain in an oppressive and exploitative Internet provider. #SafcomDown

Oya Safaricom_Care now that there was an internet outage for a couple of hours are you going to extend the validity of our bundles by the same hours?

How Safaricom has been eating our airtime and Data bundles for the better part of the day. pic.twitter.com/SBeBryeABi

When you have 3/4 of a country suffering communication outage because a single operator is down, you are staring at a disaster. Safaricom should cede the market to other operators.

Anyone supporting Safaricom’s dominance but pretending to fight corruption is simply stupid.

Biggest casualties yesterday as a result of Safaricom data downtime was on-demand services like Uber and Taxify.
Always good to have a redundancy plan if your business depends on data.#techthings

Welcome back online. The good thing about the Safaricom internet outage is that it’s made me realize how fast and reliable telkom 4G is…. I am sticking there.

Safaricom data charges are so high compared to airtel & Telkom sometimes I think we are literally mad as a nation..we need to #Resist #SafcomDown

The company also runs the mobile money platform M-Pesa, which it pioneered in 2007 and now has close to 24 million users in the East African nation of 45 million, handling billions of shillings in daily transfer volumes. The model has been copied in other regional markets and beyond.

Last year, the telecom operator suffered an outage for several hours that knocked out its services that the company at the time said was due to a network failure.