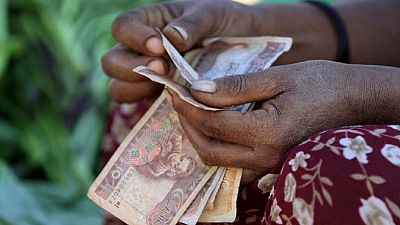 Ethiopia’s political and economic reforms have raised confidence in the ‘hard currency’ market, helping to close a once yawning gap between the official and black market exchange rates for its birr currency.

As cash – in some cases briefcases full of dollars – pours into banks, local businesses say they are finally feeling relief from a foreign exchange crunch that had seen some segments of the economy grind to a halt.

Businesses and analysts in the capital Addis Ababa told Reuters on Friday the birr was trading on the parallel market around 28 to the dollar, close to parity with the official rate and 25 percent firmer than three months ago.

I’m not sure of the source of the foreign exchange, but psychologically the scarcity mentality has changed overnight.

“All of a sudden this is happening,” said one real estate agent whose business had come to a standstill over the past year because the construction sector could not access dollars to import building materials.

“I’m not sure of the source of the foreign exchange, but psychologically the scarcity mentality has changed overnight,” the woman, who asked not to be named, told Reuters.

In a televised address earlier this week, 41-year-old reformist Prime Minister Abiy Ahmed called upon those hoarding hard currency to deposit it in banks.

The call, which has come to be known locally as a “hard currency amnesty”, came with a warning: those who refused would be tracked down.

The government this week also opened a diaspora fund bank account and is asking Ethiopians abroad to contribute. And the United Arab Emirates last month agreed to deposit $1 billion in Ethiopia’s central bank.

Though it’s among Africa’s fastest-growing economies, Ethiopia’s export sector – mainly garment manufacturing and agricultural produce – has struggled to take off, and the economy is not generating enough dollars to pay for imports.

A decade-long infrastructure push aimed at industrialising the overwhelmingly agrarian nation to create jobs has as a side-effect exacerbated the dollar shortage.

Since earlier this year, essential items including insulin, blood pressure medication and infant formula have become scarce. The dollar shortage has also dissuaded international firms from investing out of fear they will struggle to repatriate profits.

That could now change.

Since taking office in April, Abiy has turned politics and the economy on its head in the nation of 100 million people.

His moves to liberalise the economy by opening up lucrative state-owned assets to foreign investment have been cheered by his people as well as outside investors keen to enter one of Africa’s last untapped markets.

Businesses in the capital said their letters of credit, which banks had declined to honour for months, were finally being approved.

It remains to be seen if the government is now willing to loosen its grip on foreign exchange access and the exchange rate itself.

Some remain sceptical, but at least for now Ethiopians are breathing a sigh of relief.

“This morning I was talking to a manager at Commercial Bank of Ethiopia who told me ‘We are very liquid right now. Let me show you an example’,” said Zemedeneh Negatu, chairman of Fairfax, a United States-based, Africa-focused investment firm.

Nearby, three bank employees were counting bills from a briefcase packed with $1 million in cash that a client had brought in earlier in the day.