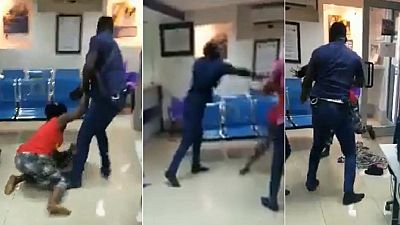 Ghana’s social media space – Facebook and Twitter – has been buzzing with a call for the arrest of a police officer for assaulting a nursing mother.

A viral video shows the said officer in what starts like a tussle with the woman in a banking hall. Subsequently, he is seen hitting the woman with an umbrella and slapping her on the face.

Reports indicate that the woman, a client of the savings and loans company, where the incident occured had arrived when the company had closed.

She ostensibly got in despite the close of business and refused to leave till she could withdraw a sum of 250 cedis ($50). Social media users are calling for the immediate arrest of the police officer.

This is the video! This woman’s family and husband needs to track this barbaric being down! GhPoliceService after shooting, now this? When will we see action? When will u stop this bureaucratic gimmick and take action against irresponsible officers disgracing the uniform? When? pic.twitter.com/9Fmkys80BI

Local media portals also report that the police heirachy has confirmed that a probe had been opened into the alleged incident and that due process was going to be pursued.

The video continues to be widely shared on Facebook with some prominent media personalities joining the calls for justice for the woman.

Below are selected sentiments:

Imagine going to a bank to cash your own money and end up bn beating by the bank and it’s staff.

If She Stole, It’s This Police Man’s Duty to tactically handcuff her and send her to the Station. Not Beat her Mercilessly because she’s resisting….This Particular Bank has to fished out investigated and asked series of questions and this Police man fired‼️#GhanaPoliceService

Learning the IGP has ordered for arrest & detention of the police office found abusing a woman in the video that’s gone viral.

Very cruel and unacceptable of the policeman. Hopefully, he pays the price for such unwarranted act.

This is so uncalled for. What a shame! Brings the noble GhPoliceService into disrepute. The officer involved must be sanctioned if found to be guilty.

So when will these police officers demonstrate the inexcusable professionalism expected from them to save the tumbling image of the GhPoliceService? Where has their "Service with Integrity" mantra been thrown to? It's time for the IGP to act decisively once and for all.

Is the government paying the police to protect us or abuse us???…Ministry of Gender,Child and Social Protection should do something about it!!!

He is a beast in a Police uniform. How canu beat up a nursing woman in such a demonic manner

If this woman was a wealthy customer, the staff would have opened the vault hours later to give the customer her cash. Poor or wealthy, we all deserve respect. I'm demanding justice for the baby. Coward of a man GhPoliceService needs an overhaul. Very heartbreaking lexisbill 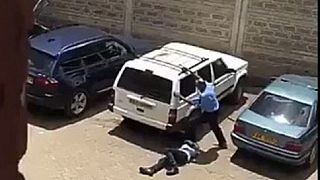 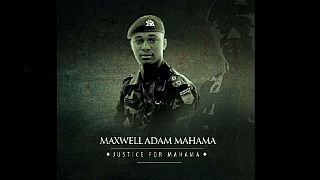