Egypt's citizenship for sale to foreigners at $400,000 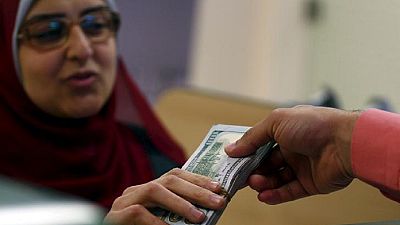 Foreigners interested in Egyptian citizenship will deposit at least 7 million Egyptian pounds ($392,000) and then hand it over to the Treasury after five years, an amendment passed by parliament on Monday said.

Egypt has been looking to boost its finances and draw back foreign investment that fled the country after its 2011 uprising, notably through a series of tough reforms tied to a $12 billion IMF loan programme it began in late 2016.

Under the new law, foreigners who make a deposit of 7 million Egyptian pounds or the equivalent in foreign currency receive the option of taking citizenship if they surrender the deposit after five years.

The minister of interior may grant Egyptian citizenship to all foreigners that have resided in Egypt for a period of at least five consecutive years prior to applying for naturalisation.

It was not immediately clear what economic benefits a foreigner would obtain by acquiring citizenship as Egypt places few restrictions on foreign investment projects, although it does forbid foreign ownership of agricultural land and property in the Sinai peninsula, where it faces an Islamist insurgency.

“The minister of interior may grant Egyptian citizenship to all foreigners that have resided in Egypt for a period of at least five consecutive years prior to applying for naturalisation,” the amendment said.

“Upon the acceptance of the naturalisation request, the value of the deposit shall be transferred to the public treasury,” it said.

The head of parliament’s defence and national security committee, General Kamal Amer, said the new law compliments recent amendments to an investment act that grants incentives to foreigners to invest in the country.

He said foreigners who acquire citizenship would enjoy no political rights until after five years of citizenship and would need 10 years to be eligible for election or appointment to a representative body.

Spouses and children will not be eligible for citizenship unless they reside in Egypt, he added.