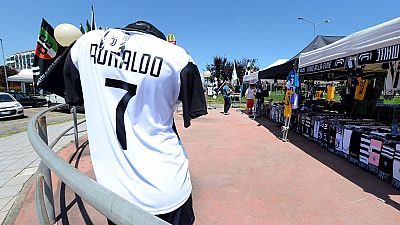 Real Madrid announced on Tuesday the departure of the global star Cristiano Ronaldo to Juventus Turin.

“Real Madrid announces that, in accordance with the will and request expressed by the player Cristiano Ronaldo, the club has given its consent to his transfer to Juventus,” read part of the club statement.

Ronaldo also confirmed the move, saying the years spent at Real Madrid ‘were probably the happiest of my life’.

I think the time has come to open a new stage in my life and that's why I asked the club to accept my transfer.

The Portuguese star also asked the Madrid faithful to ‘understand him’.

“I thought a lot” and “I think the time has come to open a new stage in my life and that’s why I asked the club to accept my transfer,” CR7 said in a letter published by the club.

In its statement, Real Madrid said they wanted to “thank a player who has shown that he is the best in the world and who has marked one of the most brilliant periods in the history of our club and world football”.

Real has not given any details on the financial terms of this transfer.