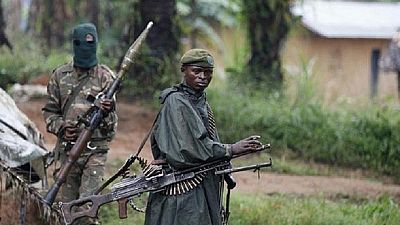 A Ugandan soldier was killed in clashes on a lake straddling the border with Democratic Republic of Congo, and one Ugandan and two Congolese were wounded, officials from the two sides said on Friday.

Congolese officials said the two navies exchanged gunfire in Congolese waters of Lake Edward on Thursday. Uganda’s army spokesman, however, said Ugandan forces were attacked by “unknown gunmen” on their own side of the border.

The two countries have a sometimes tense relationship, with the Congolese accusing Ugandan forces of encroaching on their territory and Ugandan authorities saying the Congolese do not do enough to stamp out militia activity near the border.

The first Ugandan shot hit the civilian captain who was leading the Congolese delegation.

Congo’s navy said it sent a mixed civilian and military patrol onto the lake to investigate after several Congolese fisherman were stopped in Congolese waters by Ugandan forces on Wednesday.

“The first Ugandan shot hit the civilian captain who was leading the Congolese delegation,” Tsongo said. “That was when the Congolese army decided to respond.”

Uganda’s version of the story

But Uganda’s army spokesman, Richard Karemire, said two Ugandan naval boats were on a routine patrol off the coast of the Ugandan village of Rwensha when they came under attack by unidentified gunmen.

“From the attack, one soldier died and another got injured,” Karemire said. “Patrols have now been stepped up as investigations to identify the perpetrators continue.”

Congo and Uganda were enemies during a 1998-2003 conflict in eastern Congo in which millions of people died. U.N. investigators accused Uganda in 2012 of backing an insurrection in the area, which the government denied.

However, the countries have said they are jointly planning military operations against a Ugandan rebel group that has been blamed for hundreds of civilian deaths in Beni, a territory in northeastern Congo, since 2014. 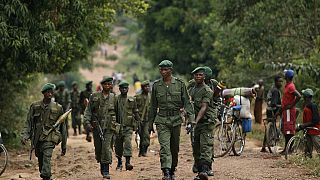