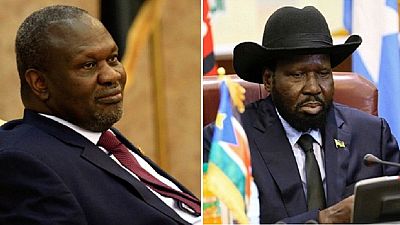 The talks have been hosted by Sudan, from which South Sudan declared independence in 2011 after decades of bloodshed. South Sudan itself plunged into war two years later after a political dispute between President Salva Kiir and then-Vice President Riek Machar exploded into military confrontation.

Last month, Kiir signed a framework agreement with rebel leader Machar in Khartoum providing for a ceasefire, paving the way for talks towards a full treaty.

But rebels immediately rejected some elements of the accord and both sides have accused each other of violating the truce, trading blame for attacks that have killed 18 civilians.

SUNA on Thursday evening quoted Sudanese army spokesman Brigadier General Ahmed Khalifa al-Shami as saying that the two South Sudanese sides had finalised a deal on security arrangements and prepared a draft to be signed at an unspecified date in the presence of Sudanese Omar Hassan al-Bashir.

Shami said the deal covered four major issues: clearing population centres of armed forces, a time frame to unify and reorganise South Sudan’s military, setting up a joint security committee, and deciding on areas where forces are to be based.

The fighting in South Sudan has uprooted about a quarter of its 12 million population, gutted oil production and ruined an already widely impoverished economy.