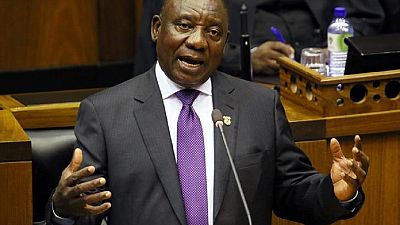 South Africa’s land redistribution drive will not affect communal lands controlled by tribal chiefs, President Cyril Ramaphosa said on Friday, in a bid to defuse growing tensions over the issue.

More than 20 years after the end of apartheid, land ownership is contentious in South Africa, the continent’s biggest economy. Most land is still in the hands of the white minority, making it a potent symbol of wider income and ownership disparities.

I am going to be meeting with His Majesty, the King to address this matter so that whatever fears he and the Zulu nation have should be completely dispelled.

Public hearings are currently underway to gauge support for a policy proposal by the ruling African National Congress (ANC) to change the constitution to allow for land to be expropriated without compensation for redistribution to poor blacks.

Reformers in the ANC had also wanted the policy to apply to tribal lands and provide people in such areas with direct property ownership. This would significantly dilute the power held by traditional leaders, who argue they are the custodians of land that was communal before Europeans arrived on the scene.

“It is not government’s intention to go and grab land from rural communities, land that is under the control of traditional leaders,” Ramaphosa said in televised remarks at a business breakfast.

Tribal authorities control access to resources on such lands, including who can farm certain plots, and they also negotiate deals in such areas with companies including miners, giving them significant power.

They are a key political base of the ANC and their support will be crucial in elections next year. On several occasions this week they warned the ANC to keep its hands of their lands.

He also pointedly said the government would not touch lands under the administration of the Ingonyama Trust, which is effectively controlled by King Zwelithini.

“We have no intention whatsoever to go and grab the land that is under the Ingonyama Trust. Our programme of land redistribution and land reform is going to follow a constitutional process,” Ramaphosa said.

“I am going to be meeting with His Majesty, the King to address this matter so that whatever fears he and the Zulu nation have should be completely dispelled.”

Zwelithini on Wednesday evoked the spectre of conflict on the issue, telling a summit that “this will be the second clash” over land, the first being the 19th century Anglo-Zulu war.