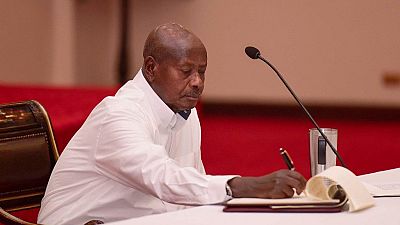 In May Uganda’s parliament passed new tax laws that introduced a levy of 200 shillings ($0.05) per day for access to a range of online services.

The platforms that have been identified by the country’s revenue service for the tax include Facebook, Twitter, WhatsApp, Google Hangouts, YouTube, Skype, Yahoo Messenger and many others.

The tax is an absolute insult to Ugandans...we already buy data which the government taxes, why should we again have to pay this money to government to access these platforms?

The tax, collected by mobile phone internet service providers since July 1, is equivalent to about 20 percent of what typical Ugandan users pay for their mobile phone data plans.

In a statement shared on Twitter, Museveni described social media as a “luxury by those who are enjoying themselves or those who are malicious…all the moral reasons are in favour of that tax.”

I have been told the newly-introduced social media and mobile money taxes have caused debate. To clarify, the tax on sending and receiving mobile money is 0.5% not 1%. For the rationale behind these taxes, read my statement here: https://t.co/SLe1UFb7P2

Ugandan social media users, he said, were “endlessly donating money to foreign telephone companies through chatting or even lying.”

The tax has proven extremely unpopular with Ugandan mobile phone users, who say it is unfair and stifles free speech.

“The tax is an absolute insult to Ugandans…we already buy data which the government taxes, why should we again have to pay this money to government to access these platforms?” said Dickens Kamugisha, a Kampala-based charity worker.

“And in any case these are now essential communications channels that people use to reach loved ones, commucicare with friends, socialise and mobilise civically…the tax reflects the highest form of greed.”

This week Amnesty International called on the government to scrap the tax, which it called an attempt to smother dissent disguised as a measure to raise revenue.

In power since 1986, Museveni, 73, has come under increasing criticism from local and international rights groups who accuse him of using security forces to clamp down on the opposition and other critics.

Last year parliament, controlled by the ruling party, amended the country’s constitution and removed a 75-year age cap for presidential candidates. The opposition says the move effectively cleared the way for him to be president for life.

In the past officials have expressed anger at the use of social media to post content critical of the government and some social media users have faced criminal charges over such posts.

There has also been anger over a new tax on all transactions on Mobile Money, a popular platform used widely in Uganda and across East Africa to transmit cash between individuals and pay for goods and services.

In the statement Museveni said there had been a “miscommunication” and that the levy would be 0.5 percent of the value of transactions, not 1 percent passed by parliament.