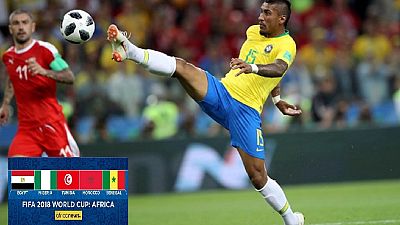 Belgium’s quarter-final battle with Brazil will be a classic encounter between an unstoppable force and an immovable object when the tournament’s joint best defence comes up against its most free-scoring attack in Kazan on Friday.

Brazil have conceded only one goal in this World Cup, the equal most stingy rearguard along with Uruguay, and allowed only five shots on target in four games, the fewest of any side.

Belgium, meanwhile, are the tournament’s top scorers, banging in 12 goals in their four games so far.

Eight of those goals came against Tunisia and Panama, and slim wins against England and Japan have cast some doubt on whether they can impose themselves against better teams.

The much-lauded midfield struggled in the Round of 16 tie against a Japan side who never gave them time on the ball and it was only when Marouane Fellaini came on in the second half to provide some muscle that Belgium took control of the contest.

The Belgians may want to adopt that more robust approach from the start against Brazil in order to give midfield maestros Eden Hazard and Kevin De Bruyne time to make decisive passes.

“We will need power,” Belgium’s coach Roberto Martinez said in what could be a hint towards his intentions. “We have to defend as well as we can and then cause them pain when we have the ball.”

Brazil will likely start with Fernandinho in place of the suspended Casemiro, a change that gives them their own added muscle, but the South Americans could miss the Real Madrid midfielder’s drive going forward.

The match, however, may be won at the other end of the field.

Belgium’s three central defenders are all imposing figures but two of them, Vincent Kompany and Jan Vertonghen, are the wrong side of 30.

With Kompany still finding his feet after his latest period out through injury, Brazil’s swarming attacks could prove productive against the ageing Belgian backline.

On the flanks, Willian and Philippe Coutinho can stretch defences, and fire in shots and crosses, while Neymar and Gabriel Jesus can also pull defences apart from more central positions.

Belgium will need their wing backs to be operating at full tilt if they are to get back and assist.

Marcelo is fit again for Brazil and could return in place of Filipe Luis at left back, while winger Douglas Costa is back from injury and will be on the bench.