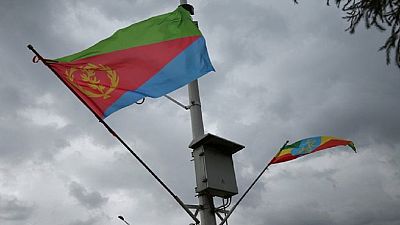 The leaders of Ethiopia and Eritrea are scheduled to meet soon to discuss reviving relations that have been in deep freeze for decades.

Analysts believe that ending their bitter dispute could be transformative for Eritrea, whose policies have been driven by the deadlock with its neighbour.

Here are four things to know about why the quarrel matters so much to Eritrea, and why ending it could reshape the country.

The country was put on hold for 20 years and everything revolved around the border dispute.

How important is the dispute to Eritrea?

Eritrea contends, and a United Nations-backed boundary commission agreed in 2002, that Ethiopia is illegally occupying land along the two countries’ border that belongs to Eritrea.

It was along this frontier that Ethiopia and Eritrea, a former Ethiopian province, went to war, from 1998 to 2000, in a conflict that killed around 80,000 people.

Since the 2000 Algiers agreement ended the war, Eritrea’s president, Isaias Afwerki, has used Ethiopia’s rejection of the subsequent boundary ruling to justify a host of repressive domestic policies.

“The country was put on hold for 20 years and everything revolved around [the border dispute],” says Abraham Zere, an exiled journalist and executive director of the literature and rights organisation, PEN Eritrea.

Does Eritrea want normalisation of relations with Ethiopia?

Ethiopia’s new prime minister Abiy Ahmed made the first move in June by announcing Ethiopia would withdraw from the town of Badme and other disputed border territories, in accordance with the 2002 ruling.

Eritrea responded by sending a ‘peace delegation’ to Ethiopia, and later a meeting between Abiy and Isaias was announced, though no details have been given.

Ethiopia has not withdrawn from the contested areas yet, but doing so will meet a long-stated Eritrean demand.

PEN’s Abraham says the offer was too good for Isaias to refuse, even if by removing the Ethiopian threat he risks increasing domestic pressure for reform.

“He is probably aware that it is the only way out. The peace proposal and engagement from both sides is not an option, but a necessity,” says Abraham.

How would peace benefit Eritrea?

Eritrean industries could service the growing markets of its much larger and more populous southern neighbour.

“Eritrea is going to gain a lot, because it will be able to follow Ethiopia’s economic momentum,” says Marc Lavergne of the National Centre for Scientific Research in Paris.

“It is likely that improving relations between Ethiopia and Eritrea will further solidify the Eritrean state’s rehabilitation on the international scene,” he adds.

Peace could also help resolve Ethiopia’s problem of lack of access to the sea: the country became landlocked after Eritrea, which comprised Ethiopia’s entire coastline, seceded in 1993.

The outbreak of war five years later stopped the flow of Ethiopian goods through Eritrea’s Red Sea ports, but trade and transport could restart if the two countries come to terms.

“The port of Massawa will get a boost and become one of the alternative ports for Ethiopia,” Lavergne says.

Who else is involved?

Last week’s breakthrough meeting between Ethiopia and Eritrea was not brokered by any third party.

However, analysts say policy shifts by the US and Gulf countries towards the two countries and their dispute may have played a role in hastening the diplomatic thaw.

Eritrea has long accused the US of taking sides, blaming Washington for failing to push Ethiopia to abide by the boundary ruling, and for supporting Security Council sanctions against it.

Woldemariam says the US may have decided it was time to find a new ally after Djibouti, a neighbour of both Ethiopia and Eritrea that also hosts an US troops, allowed the Chinese to open a military base on its land.

“Certainly, because of geopolitical developments in the Red Sea region, China’s presence in Djibouti, in particular, the US has some interest in normalising relations with Eritrea,” Woldemariam points out.

Eritrea has also, in recent years, strengthened ties with Saudi Arabia and the United Arab Emirates (UAE), which is reported to have opened a military base at Eritrea’s southern port of Assab.

That both are also allies of Ethiopia has led some to see a behind-the-scenes role played by the Gulf.

“These countries have Eritrea on a financial drip. They certainly took part in Isaias’s decision to negotiate,” Lavergne asserts.

The Crown Prince visited Ethiopia in June, following a similar visit to the UAE by Abiy.