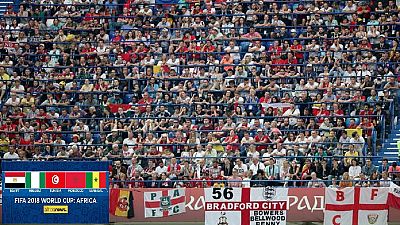 England are fancying their chances of featuring in their first World Cup final, since 1966 after the elimination from strong contenders like Spain, Germany and Argentina, who could have stood in their way.

But before they fancy their odds against teams like Sweden, Gareth Southgate’s men must take on a resolute Colombia side that topped Group F, at the expense of Senegal, Poland and Japan.

England qualified from Group G thanks to wins over Tunisia and Panama and with their place booked they fielded a second-string side in their 1-0 defeat to a similarly weakened Belgium in a strange final group game that neither side showed much desire to win.

Many expect Colombia to be the first real test of the progress the England team has made under manager Gareth Southgate.

Featuring the 2014 Brazil World Cup Golden Boot winner, James Rodriguez and attackers like Radamel Falaco and Juan Cuadrado who have had spells in the English Premier League, the Colombia side has the potential to replicate or even surpass their 2014 run to the quarter finals.

England right-back Kieran Trippier, who impressed so much in the opening two games, says the players are well aware of the challenge facing them.

“We have done a lot of work on them. When you look at the players they’ve got in the team and the way the qualified in their group as well, they’ve got some quality players and we need to be aware of that,” he said.

“They have a lot of history and top players, but I am sure that we have the weapons. It is a match where we both have the same chances to continue in this World Cup.’‘