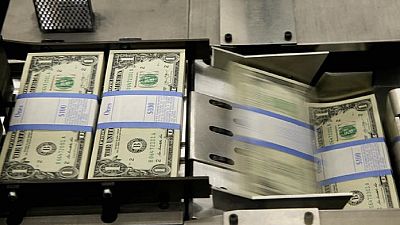 The United Arab Emirates pledged a total of $3 billion in aid and investments to Ethiopia on Friday, an Ethiopian official said, a major show of support for the new prime minister, Abiy Ahmed.

No officials from the oil-rich Gulf state briefed journalists, but the UAE and its Gulf allies, in particular Saudi Arabia, regularly give large sums to cooperative governments in the broader region.

In 2013, the UAE was one of three Gulf monarchies that pledged a total $12 billion to the new government after the military ousted a president from the Muslim Brotherhood.

Abiy, a 41-year-old former intelligence officer, took up his position office in April after three years of unrest that had threatened the EPRDF coalition’s hold on power.

The coalition’s choice of Abiy, from an ethnic group that has long been marginalised, signalled its willingness to allow some political reforms, but he has already gone farther and faster than most had expected.

Two weeks ago the government said it would sell stakes in its lucrative telecoms monopoly and other assets including the national airline.

It also pledged to end a war with long-time enemy Eritrea, offering to implement a peace deal signed in 2000.

Abiy had travelled to both Abu Dhabi and Riyadh shortly after taking office.

Shide said the UAE’s pledges would have a “significant impact” on Ethiopia’s foreign currency shortage.

Despite showing the fastest growth in Africa for the past decade, the landlocked country of 100 million people is heavily dependent on imports.

A hard currency crunch caused partly by spending on big infrastructure projects has reduced foreign currency reserves to less than one month’s worth of imports, according to analysts’ estimates. Foreign investors and local businesses say all sectors of the economy have been hit.

Abiy said in April that the government’s plans to continue expanding its infrastructure and the nascent manufacturing sector meant the currency crisis might last for 15 or 20 years.

A Ethiopian foreign ministry official said the other $2 billion from Abu Dhabi would be invested in tourism, renewable energy and agriculture.

A tour of Addis Ababa

On Friday afternoon, Abiy got behind the wheel of a white car and personally gave Sheikh Mohamed, the de facto leader of the United Arab Emirates, sitting in the passenger seat, a tour of Addis Ababa.