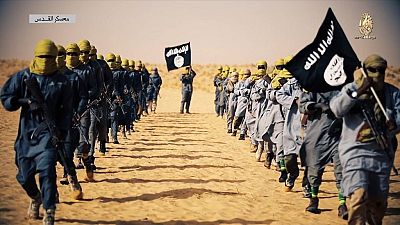 An al Qaeda affiliate in Mali has released a video of a French aid worker and a Colombian nun kidnapped in separate incidents in 2016 and 2017, according to SITE Intelligence Group.

The video was posted late on Wednesday by Jama’a Nusrat ul-Islam wa al-Muslimin (JNIM), which has been linked to the kidnapping of at least six Western hostages in recent years, SITE said in an email to clients that included a link to the video.

It shows a frail Sophie Petronin, a French aid worker who was kidnapped in Mali’s restive northeast in late 2016, being cared for in a tent-like structure by fellow captive Gloria Cecilia Narvaez, who was abducted in early 2017 in southern Mali near the border with Burkina Faso.

Both women address the camera directly, one after the other. Petronin says the date is June 7, 2018. She speaks through tears to her son and tells him she is “very, very exhausted.” Narvaez addresses Pope Francis, asking him to intervene for Petronin, who she says is “truly sick”.

French civilians have long been favoured targets for kidnapping by criminal and Islamist groups in the arid West African region, partly owing to perceptions that the French government is prepared to pay ransoms to secure their release.

In 2013, French troops drove back al Qaeda-linked groups that had seized cities and towns in northern Mali a year earlier. Islamist militants have repeatedly declared since then that French citizens in West Africa are targets.