Exiled opposition leader Moise Katumbi used a video link on Saturday to address thousands of opponents of President Joseph Kabila ahead of a December election that many hope will end his 17 years in power.

Katumbi, a millionaire businessman and former governor of Democratic Republic of Congo’s copper-producing Katanga province, is seen as the opposition’s leading candidate in the election.

But he has been in exile since May 2016, when prosecutors accused him of hiring foreign mercenaries. He was sentenced the following month to three years in prison for real estate fraud. He denies all the charges against him.

I will return to Congo to end the suffering of the Congolese people.

“I will return to Congo to end the suffering of the Congolese people,” he told a rally, adding that he would form a coalition with the other main opposition leader, Felix Tshisekedi.

Katumbi has repeatedly promised to return to Congo to contest the election, and has yet to make good on the vow.

In a rare opinion poll published by New York University’s Congo Research Group in March, Katumbi came out as the most popular of Congo’s hypothetical presidential candidates, with 24 percent saying they would vote for him, followed by 13 percent for Tshisekedi.

The same poll found 80 percent had a negative opinion of Kabila.

But Katumbi may be unable to run. Apart from the charges against him, Congo’s attorney general at the end of March opened an investigation into allegations Katumbi used to hold Italian nationality, which would bar him from contesting.

Kabila himself, in power since 2001, is technically barred by term limits from standing for re-election. But he is showing every sign of seeking a third term on a legal technicality or by changing the constitution.

“We stand against the third term,” Katumbi said in his speech.

In contrast to several opposition rallies in the past, which have been violently suppressed, Saturday’s passed off peacefully.

Further shaking up Congo’s opposition, former vice president Jean-Pierre Bemba is likely to be freed soon after his conviction for war crimes was quashed at the International Criminal Court.

Bemba, very popular in western Congo, ran against Kabila in 2006 elections that went to a run-off between them before Kabila won. Despite being behind bars for a decade, Bemba came third in the opinion poll by the Congo Research Group. 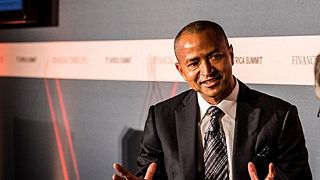 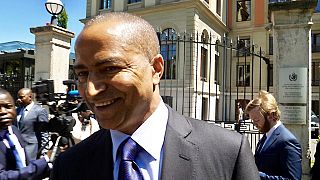 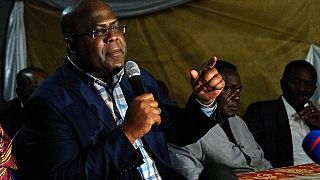