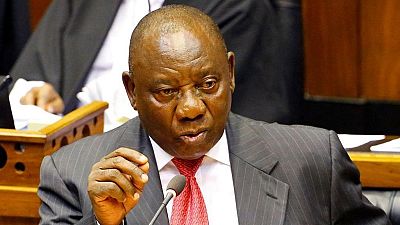 A strike by civil servants in South Africa due to begin next week will force the country to close its borders, threatening to create travel chaos for travellers, their union said.

The Public Servants Association of South Africa (PSA) warned on Wednesday the planned walkout over stalled pay negotiations was intended to “hit where it hurts the most”.

“Our disruption is going to hit where it hurts the most.”

The action will also hit social services, tourism facilities and the country’s courts but spare the police and health sector, Maepa said.

If the stoppages go ahead, they will present a major test for President Cyril Ramaphosa who has made economic stability the centrepiece of his pitch to voters.

Mr Maepa said President Ramaphosa’s efforts to stabilise the economy, which has been buffeted by high unemployment, sluggish growth and weak investment, would be a “pipe dream” if ports of entry remained closed.

The government has called the strikes planned by the trade union, which represents 230,000 workers, “unlawful”.

Public Service minister Ayanda Dlodlo said that the PSA only gave seven days notice of the industrial action instead of the 21 days required by law.

Ministers offered the union’s workers wage increases of between six and seven percent for 2018, but the PSA is holding out for a 12-percent pay hike.