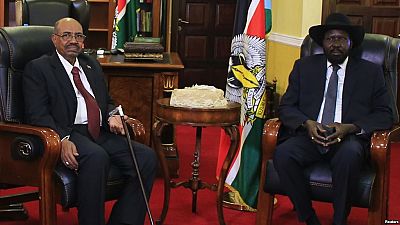 “There is an agreement between the two oil ministries of the two countries. They agreed to cooperate and work together in order to repair (the damage),” he said.

There is an agreement between the two oil ministries of the two countries. They agreed to cooperate and work together in order to repair (the damage).

South Sudan depends virtually entirely on oil sales for its revenue but production has declined since war broke out in the country in 2013.

The oil is shipped to international markets via a pipeline through Sudan.

Fighting was triggered by a political disagreement between President Salva Kiir and his former deputy Riek Machar and a regionally brokered peace pact failed to end the war after violations by both parties.

Officials from the two countries “agreed that within the period of three months they will repair all the oil blocks and resume oil production in the region,” he said referring to the infrastructure in the oil blocks.

The war has uprooted a quarter of South Sudan’s population of 12 million, ruined the country’s agriculture and battered the economy.

A joint force would also be established by both countries to protect the oilfields from attacks by both rebels forces in South Sudan and Sudan.