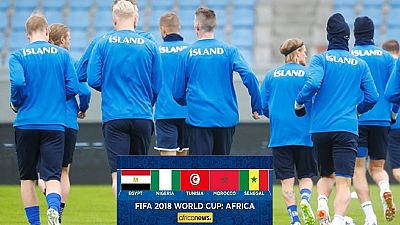 <p><strong>Iceland looked set to finish their World Cup preparations with a flourish but a late equaliser by Thomas Partey spoiled the party and they had to settle for a 2-2 draw with Ghana in their final warm-up in Reykjavik on Thursday.</strong></p> <p>Famed for their physique and set-piece prowess, the home side gave a taste of things to come in Russia in the sixth minute when defender Kari Arnasson headed home a corner via a defender to put them ahead.</p> <p>Iceland made it two before the break, Alfred Finnbogason nodding into an empty net after a superb attack that ended with Gylfi Sigurdsson’s shot being palmed into his path by Ghana goalkeeper Lawrence Ati-Zigi.</p> <p>Iceland spent the second half absorbing massive pressure from Ghana, who failed to qualify for the finals in Russia, and Kasim Nuhu reduced the deficit in the 66th minute before Partey fired home three minutes from time.</p> <p>Iceland will be taking on three time African champions Nigeria, Argentina and Croatia at the World Cup.</p> <h3><a href="http://www.africanews.com/2018/06/08/nigeria-tunisia-drop-in-fifa-rankings-ahead-of-world-cup/"target="_blank"><span class="caps">SUGGESTED</span> <span class="caps">READING</span>: Nigeria, Tunisia drop in <span class="caps">FIFA</span> rankings ahead of World Cup</a></h3> <iframe src="//embed.scribblelive.com/Embed/v7.aspx?Id=2778493 &ThemeId=19714" width="100%" height="1200" frameborder="0"></iframe> 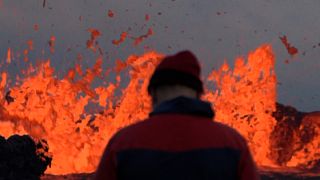 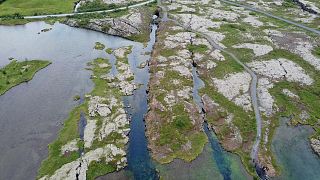 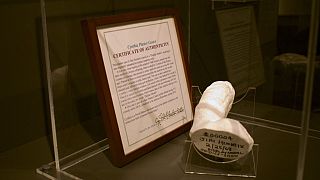