Egypt must not be too dependent on Salah - Cuper 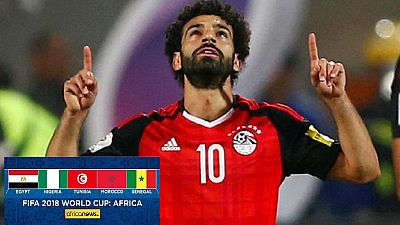 Egypt are hopeful Mohamed Salah will be available for the start of their World Cup campaign in Russia but the team must find a way to avoid depending too much on the striker, coach Hector Cuper has warned.

Liverpool’s Salah is recovering from the shoulder ligament injury suffered in last month’s Champions League final loss to Real Madrid when he went off early in the game.

“We hope we won’t be affected, we try to be the same team, we can’t be dependent on one player,” Cuper was quoted as saying by Sky Sports.

We hope we won’t be affected, we try to be the same team, we can't be dependent on one player.

“He is important but if he is not fit in time we will be ready with another player.

“This is football, these things can happen to any player. We could need to substitute him, but we hope that won’t be the case.”

Salah was included in Egypt’s final 23-man squad, with the team’s medical staff suggesting it will be touch and go for the player to be ready in time for their Group A game against Uruguay in Ekaterinburg on June 15.

“Salah is in a stage of recovery not just for treatment on his shoulder,” Cuper added. “We need to improve his demeanour and his fitness level because the injury has prevented him from training as a normal player.

“But we have very good news from our doctor, we hope he will be with us before Uruguay. We are optimists and we are waiting for him.”

Salah, who netted 44 goals in an incredible first season for Liverpool after joining from AS Roma, was voted Player of the Year by the Football Writers’ Association last month, becoming the first African to win the prestigious award.