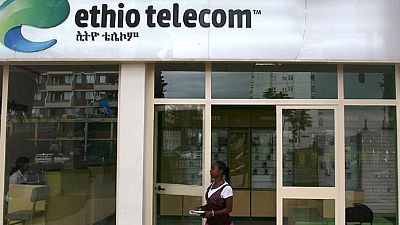 Ethiopia said on Tuesday it would open its state-run telecoms monopoly and state-owned Ethiopian Airlines to private domestic and foreign investment, a major policy shift that will loosen the state’s grip on the economy.

The ruling EPRDF coalition, which has held power since 1991, said it had taken the decision because economic reforms were needed to sustain rapid growth and to boost exports.

“Hence … while majority stakes will be held by the state, shares in Ethio Telecom, Ethiopian Airlines, Ethiopian Power, and the Maritime Transport and Logistics Corporation will be sold to both domestic and foreign investors,” the EPRDF said in a statement.

It was referring to the state monopolies in the electricity, telecoms and logistics sectors, as well as the highly profitable national flag carrier.

The announcement was the first major signal that Prime Minister Abiy Ahmed, who came to power in April promising a “new political beginning”, would implement real economic reforms.

Abiy was appointed by the EPRDF after his predecessor, Hailemariam Desalegn, resigned in February after three years of unrest in which hundreds of people were killed by security forces.

The move to liberalise sectors of the economy, particularly telecoms, which have always been off limits to foreign investors, came as a surprise after the new premier had signalled to local businessmen that the government would remain involved in infrastructure, banking and telecoms.

The EPRDF’s statement did not mention changes in the banking sector.

In another major policy shift announced on Tuesday, the EPRDF said Ethiopia would “fully accept and implement” a peace agreement with Eritrea that was signed in 2000 and a subsequent international boundary ruling that handed a flashpoint border town to Asmara.

The Horn of Africa neighbours have remained at odds since a 1998-2000 war over a disputed town that a boundary commission subsequently handed to Eritrea but which Ethiopia rejected.

The EPRDF said it had taken the decision to accept and implement the peace deal with Eritrea “in order to benefit the peoples of both countries who are linked by blood”.

Eritrea’s Information Minister Yemane Gebremeskel told Reuters he had not seen the Ethipian government’s statement so could not immediately comment.