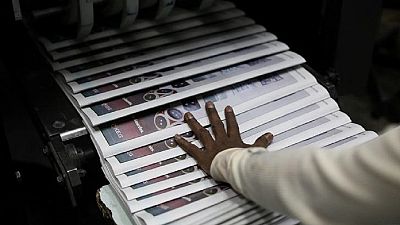 The Group which runs newspapers, a radio and a television station was closed by Malawi Revenue Authority (MRA) officials on Friday over accumulated tax arrears.

Times Group’s editor in chief, George Kasakula, however linked the move to the organisation’s criticism of the government and said MRA had ignored a court injunction that would have stopped the closure of its main office in Blantyre over a tax compliance dispute.

This is not about stifling media freedoms and frustrating Times Group because of their critical editorial policy. It’s about them failing to pay taxes.

“This is not about taxes but about frustrating us because of our critical editorial policy,” Kasakula told Reuters.

“While other companies are allowed negotiations over tax issues, Times Group gets no such fair treatment.”

“This is not about stifling media freedoms and frustrating Times Group because of their critical editorial policy. It’s about them failing to pay taxes,” said government spokesman Nicholas Dausi.

‘‘While it is a a fact that MRA’s decision is politically motivated, the failure of Times Group to faithfully honour its tax obligations is regrettable and must be condemned in the strongest terms,’‘ Munthali said.

Malawi News which is one of the newspapers run by Times Group hit the streets on Saturday, bearing a banner headline, ‘Witchhunt’, in reference to the MRA closure action. News articles have also continued to be published on the Times website.

In December last year, the group’s operations were shut down by MRA over the same Value Added tax arrears amounting to K675m ($933,000), accumulated between 2011 and 2016. The company resumed operations within 24 hours.

In 2012 the Malawian government warned journalists and human rights activists that people who insulted the president faced prosecution. A prominent journalist was arrested that year, and some media firms were closed.