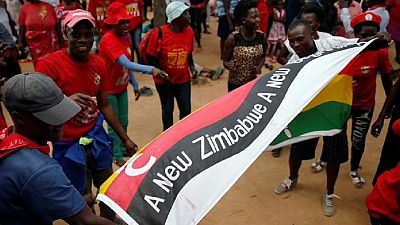 Zimbabwe’s main opposition said it plans street protests in the capital Harare on Tuesday to demand electoral reforms to ensure upcoming polls are free and fair.

It is our considered view that if these issues are not addressed the prospects of a truly fair, free and credible election in Zimbabwe will be a mirage.

“We will be flooding the streets,” said Tendai Biti, spokesman of the main opposition alliance the Movement for Democratic Change (MDC).

The MDC Alliance will on the 5th of June 2018 hold a peaceful demonstration in Harare. This demonstration will be over the failure by the government and ZECzim to implement key electoral reforms. Zimbabweans must come in their numbers.

President Emmerson Mnangagwa, 75, who is vying to retain his post after he took over from Mugabe with the help of the military last November, has promised free, fair and credible elections.

But the opposition accuses the poll organiser, the Zimbabwe Electoral Commission (ZEC), of failing to address key demands for a free and fair vote.

‘Soldiers should stay away from elections’

The opposition also wants military officials working at the electoral commission to be removed and for soldiers to stay away from election campaign meetings.

“Every rally we are having in the rural areas, people are complaining about the presence of military soldiers that are dressed in civilian clothing that have been deployed to interfere with the electoral processes,” Biti told reporters.

The opposition has also demanded an external audit of the voter register and equal coverage on state media.

“It is our considered view that if these issues are not addressed the prospects of a truly fair, free and credible election in Zimbabwe will be a mirage,” Biti said.

The government has invited foreign observers, including the European Union, who were barred from monitoring polls in the country for the past 16 years.

Mnangagwa will face Nelson Chamisa, 40, of the MDC in the presidential race.