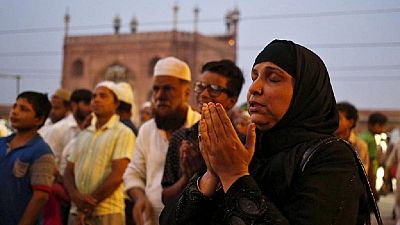 Muslims around the world are preparing for the commencement of the Holy period of Ramadan. Ramadan is the ninth month on the Islamic calender known as the Hijri calendar.

It is a period that the faithful undertake a dawn – dusk fasting which primarily entails abstinence from food, drink, marital intimacy and any such prohibitions as instructed by Allah (God).

The date of commencement is expected to fall between Wednesday May 16 or Thursday May 17. The reason being that unlike the Gregorian calendar where days of a month are fixed, the Hijri calendar depends on the sighting of the moon.

The month before Ramadan is called Sha’baan. Each Islamic month is either twenty-nine or maximum thirty days. Where the new moon (that of Ramadan) is sighted on the 29th of Sha’baan (May 15), Muslims are expected to commence fasting the next day.

Those that do not sight it are to complete the thirtieth day of Sha’baan and automatically start Ramadan the next day – in this case on Thursday May 17, 2018.

In Nigeria for instance, the leader of the Muslims the Sultan of Sokoto Sheikh Sa’ad Abubakar has tasked the faithful to look out for the new moon. Reports in Ghana indicate that the national chief Imam, Sheikh Usman Nuhu Sharubutu, has asked the faithful to commence fasting on Wednesday.

Whiles prices of food are said to be soaring in parts of Nigeria due to the Ramadan, Somalia and Kenyan authorities are also feverishly undertaking measures to ensure that terrorist groups are not allowed to carry out attacks.

Across the Gulf nations, Saudi Arabia, United Arab Emirates (UAE), Bahrain, Iraq, Kuwait, Oman and Qatar, are also depending on the moon sighting. Muslims in these countries like their fellows elsewhere will look for the crescent moon this evening which will determine the beginning of Ramadan month.

Ramadan is said to be a holy month during which period the prophet Muhammad says the doors of hell are firmly sealed and the doors to heaven are wide open.

According to the holy book of Muslims, The Qur’an was first revealed to the Prophet Muhammad during Ramadan. Before the daily fast spanning the entire month, Muslims have a pre-dawn meal called suhoor and also come together at dusk to break the fast with the meal called iftaar.

Fasting during Ramadan is one of the five pillars of Islam and is compulsory for all Muslims except those who are exempted – among others the ill, travelers, elderly, pregnant, breastfeeding, diabetic or menstruating.

Many pilgrims from around the world travel to the holy cities of Makkah and Madinah for Umrah during Ramadan. Umrah is known as the lesser Hajj, a pilgrimage that can be undertaken at any time of the year.

Muslims are encouraged to avoid gossip, arguments and fighting while they observe self-restraint, self-control and self-discipline during the month. They are also encouraged to engage in more charity work while they fast to bring them closer to God and remind them of the suffering of the less fortunate.

The common greetings during the month is “Ramadan Mubarak” and “Ramadan Kareem”, wishing the recipient a “blessed” and generous Ramadan. 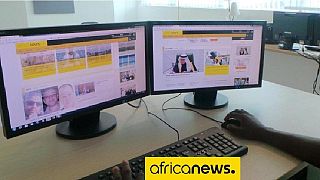 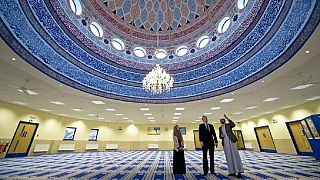 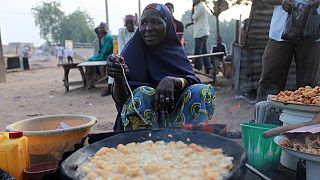