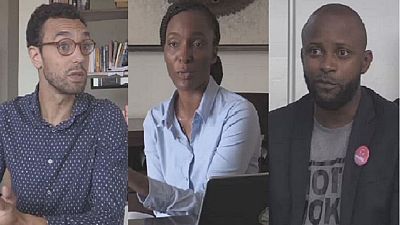 While start-ups are flourishing in neighboring Rwanda, digital entrepreneurship remains a challenge in the Democratic Republic of Congo, which is attracting a growing number of vocations with donor funds.

Dozens of entrepreneurs this week gathered to join forces in Kinshasa, the capital of a country where majority of inhabitants have no internet access.

But these young entrepreneurs are determined to change this.

I don't think we leave thinking that there are too many risks when we are entrepreneurs, but we really leave with the idea that we will change something, or that we will bring a solution.

WapiMED is an interactive platform that allows one to make an appointment with a doctor and pay online. For example, a Congolese living abroad can pay for medical appointments for relatives online, with health care costs a heavy burden in a country where the social safety net thin.

Wapi , which literally means “where” in the local Lingala dialect, is the work of a Congolese who lives part-time in Europe and invests in the DRC.

“I don’t think we leave thinking that there are too many risks when we are entrepreneurs, but we really leave with the idea that we will change something, or that we will bring a solution,” says manager Daddy Kabeyal, who studied in Europe before returning to the DRC.

The team recognizes that the application is not been used by most Congolese, but they’re hopeful.

In Kinshasa, banks are very cautious and demanding before lending money to start-ups. Founder of a music streaming app, Baziks faced this. He is hoping to get support so that his company can continue to promote Congolese music.

“Being an entrepreneur in Kinshasa is a bit like being thrown into a boxing ring and having to fight a more experienced opponent than you,” says Baya Ciamala, known as Narsix and founder of a 100% Afro-Congolese streaming music application, Baziks.

Thomas Strouvens and Jean-Louis Mbaka, both invested in a real estate start-up, and successfully raised funds. Now, they employ eight people and the number of visitors to their site have surged, a positive sign for other digital entrepreneurs in the DRC.

“We could have started in France, but I think it’s important to start in the country of origin. We need to have working capital. We need to invest in research and development on our projects. This is really a new sector and it requires cash flow to move forward. And that in Kinshasa is really not easy’‘, Strovens said.

The Congolese employers federation has just opened a branch for young entrepreneurs. The idea is to facilitate their ownership by banks, so they can become pioneers in developing the digital sector in the Democratic Republic of Congo. 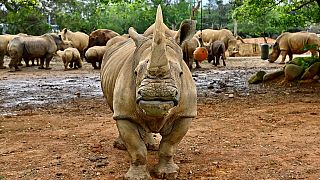