At least one person killed at inauguration of Sierra Leone's president

At least one person was killed and about twenty injured on Saturday while trying to force the entrance of a crowded stadium in Freetown where the inauguration ceremony of the new president of Sierra Leone Julius Maada Bio was taking place, announced the police and the Red Cross.

While tens of thousands of people had lined up outside the National Stadium since the early hours of the day, supporters of Bio tried to rush into the compound at the passages of vehicles of official guests, reported a journalist AFP.

They were severely repulsed by the military, which led to jostling and panic movements.

I can only confirm one dead, but there are more injured.

“I can only confirm one dead, but there are more injured,” said a police source, interviewed after the ceremony attended by foreign leaders such as Liberian President George Weah, Senegalese President Macky Sall, Guinean President Alpha Condé and Togolese President Faure Gnassingbé.

After inspecting the troops, the outgoing president, Ernest Bai Koroma, symbolically handed Bio the “scepter of power”, symbolising the transfer of authority.

The two men, both dressed in white, then shook hands for a long time, to the applause of the tens of thousands of Bio supporters wearing the green colour of his Sierra Leone People’s Party (SLPP).

Bio, a former military officer who celebrated his 54th birthday on Saturday, won the presidential elections on 31 March with 51.81% of the votes, against 48.19% for the ruling party candidate, Samura Kamara.

He had already briefly become head of state in 1996 by overthrowing the head of the junta, Captain Valentine Strasser, of whom he was number two, before re-establishing a multi-party system and handing over power to civilians.

This time democratically elected, he was sworn in just after the results were announced on 4 April, marking the SLPP’s return to business after 10 years of opposition.

During his first five weeks in office following his 4 April victory, Bio suspended the national holiday celebrations in the name of frugality, announced that public servants should be on time and reinstated the obligation to participate in street cleaning once a month.

On Thursday, Bio told parliament that primary and secondary education would be free from next September, a promise made during his election campaign.

In his inauguration speech, he again pledged to exercise power in a “disciplined, honest and professional manner” and to fight corruption and poverty, two scourges that undermine this former British colony in West Africa, where half the population over 15 is illiterate. 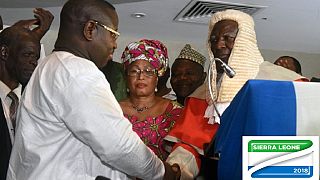 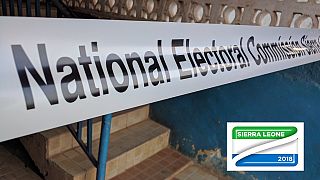 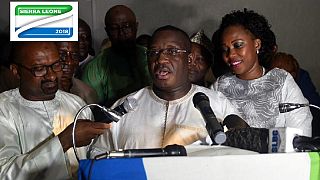 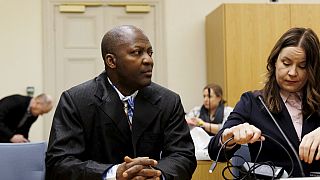