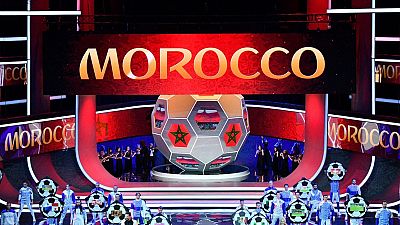 As of today Friday 11 May, there are some 34 days left to the Russia 2018 World Cup. There are also 8 years left to the 2026 World Cup which could be heading back to Africa after Morocco officially unveiled their hosting bid.

Here’s a chronicling of the week in Sport:-

Spanish giants Barcelona are coming to Africa, South Africa precisely. Mamelodi Sundowns president Patrice Motsepe made an announcement on Thursday that the much talked about friendly match between Mamelodi Sundowns and Barcelona will officially go ahead.

Sundowns are the newly-crowned champions of South Africa’s Premier Soccer League while Barcelona are the new La Liga champions.

The match was confirmed for FNB Stadium at 6pm on Wednesday May 16.

The match will be part of Nelson Mandela’s Centenary Celebrations

It has also been revealed that CAF has had to move Sundowns’ CAF Champions League match against Guinea’s Horoya, to a later date in order for the Brazilians – as the Sundowns are nicknamed – to play Barcelona.

The clash against Horoya AC was set to take place on May 15 but has since been moved to May 22.

Tensions are escalating in the build-up to the 2026 World Cup bidding vote that will take place in Moscow on June 13, just a day before the 2018 World Cup kicks off on June 14.

That’s when we’ll find out whether the World Cup will be coming back to Africa in 2026, which will be 16 years by then, after Morocco officially unveiled their bid to host the event on Wednesday.

The North Africans are going up against a supremely confident and organised joint campaign from the US, Canada and Mexico.

At the same time Morocco has has asked FIFA to exclude four United States-governed territories; the American Samoa, Guam, Puerto Rico and the U.S. Virgin Islands from the vote.

The Moroccan bid has chosen not to complain about U.S. President Trump’s veiled threat via Twitter to no longer “support” nations who do not vote for the U.S, Canada and Mexico bid.

The build up to the 2018 FIFA World Cup continues. The 5 African teams representing the continent Senegal, Nigeria, Tunisia, Morocco and Egypt are neck deep and focused in the preparations.

Over the next 5 weeks we’ll be taking a look at quick profiles and team news of all the 5 nations. Today we’ll start with the Super eagles of Nigeria, who are under the charges of German Coach Gernot Rohr.

The German has brought a sense of calm to a team that went through five coaches in two years following the 2014 tournament in Brazil.

Nigeria flew through qualifying and were the first team to qualify from the region unbeaten in a group that had strong challenge from Zambia, Algeria and Cameroon.

Although the squads are yet to be named the Eagles will head to Russia with an array of attacking options that include big names like Victor Moses, Alex Iwobi, Kelechi Iheanacho and Ahmed Musa.

Their opening game in the 2018 WC is against Croatia on June 16. They then play Iceland on June 22 before the big one to finish their Group D campaign, against Lionel Messi and Argentina in St Petersburg on June 26.

Come back here again next week.