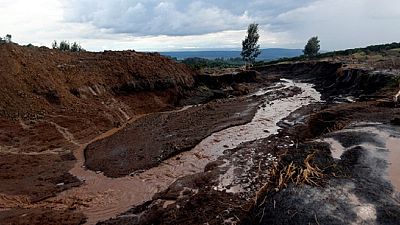 Authorities in Kenya have ordered an investigation into circumstances surrounding the Nakuru dam burst that left over 40 people dead.

The walls of the reservoir, on top of a hill in Nakuru county, 190 km (120 miles) northwest of Nairobi, gave way late on Wednesday, unleashing a ‘sea of water’ that careered down a hillside and smashed into two villages, killing at least 47 people.

The state prosecutor in the East African country, Noordin Haji, has directed the police to establish the cause of the tragedy and find out if anyone was culpable.

The resultant investigation file should be forwarded to my office for perusal and appropriate action within 14 days.

Local media reports said residents claimed that the dam was leaking on Wednesday before, which should have given the managers of the farm advance notice.

“The resultant investigation file should be forwarded to my office for perusal and appropriate action within 14 days,” Noordin said.

Cabinet secretary Fred Matinag’i who visited the scene of the tragedy on Thursday also confirmed that an investigation had been launched to investigate why the dam could not hold the water and also establish the structural capacity of the other six dams on the farm.

Vinoj Kumar, general manager of the Solai farm, blamed the disaster on massive rainfall in a forest above the dam.

“In the past two days the intensity of the rain was high and the water started coming down carrying boulders and roots which damaged the wall,” he told Reuters. “The dam wall cracked and the water escaped.”

After a severe drought last year, East Africa has been hit by two months of heavy rain, affecting nearly a million people in Kenya, Somalia, Ethiopia and Uganda. Bridges have been swept away and roads turned into rivers of mud.