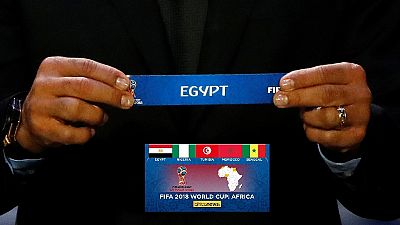 Egyptian football has for long enjoyed prestigious status on the continent. Till date, the Pharaohs (men’s national team) are the record African Cup of Nation (AFCON) title holders with seven trophies.

At the club level, Al Ahly and Zamalek especially have dominated the Confederation of African Football (CAF) Champions League over the past few years.

Having said that, the gains have not reflected on Egypt’s World Cup outing. Between their first and second appearance at the World Cup is a span of 56 years. In 1934, they became the first Africa side to play in the World Cup.

It was not until 1990 in Italy that the Egyptian flag resurfaced at the World Cup. Then another long lull of nearly three decades and Egyptian football lovers await their first World Cup since the turn of the century.

The road to Russia looked easy on hindsight but clearly the side led by Argentine manager Hector Cuper had a strategy of doing all it took to win at home and pushing for a good result away. Three home wins, an away win, draw and loss was enough to see them through.

But even before Egypt was drawn in the final round of qualifiers against Ghana, Uganda and Congo Republic, they dispatched Chad by 4 – 1 on aggregate Round 2 of the qualifiers. They lost first leg by a lone goal in N’jamena but scored four times to edge out Chad.

Egypt is currently ranked 31st on the FIFA Coca Cola World Ranking. They go into the World Cup buoyed by a good AFCON 2016 outing. The team went all the way to the finals only to be beaten by the Indomitable Lions of Cameroon.

It remains to be seen how the team will fair in Group A of the tournament. There they will face hosts Russia, Saudi Arabia and Uruguay for a place in the knockout stages.