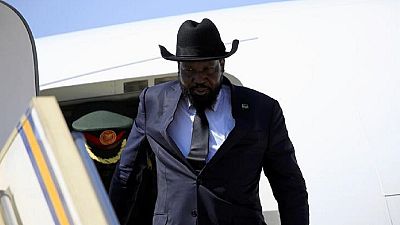 The East African bloc of nations IGAD said on Wednesday it had postponed this month’s talks aimed at securing the implementation of South Sudan’s peace deal, the latest bid to end a four-year civil war.

Despite several agreements and ceasefires, fighting has rumbled on in South Sudan with barely any break since first erupting at the end of 2013, just two years after independence.

IGAD, which was due to hold a new round of talks on April 26, and other international bodies have been seeking to resolve differences between the two sides, including working on the release of rebel leader Riek Machar.

The bloc said last month that Machar should be released from house arrest in South Sudan as soon as possible, but on condition on that he renounces violence.

This month’s talks were due to be held in the Ethiopian capital Addis Ababa. But the bloc said they had been postponed, without giving a reason or setting a new date.

Civil war erupted in December 2013, when troops loyal to President Salva Kiir clashed with forces loyal to Riek Machar, then the vice president. Tens of thousands of people have been killed and much of the nation has faced dire food shortages.