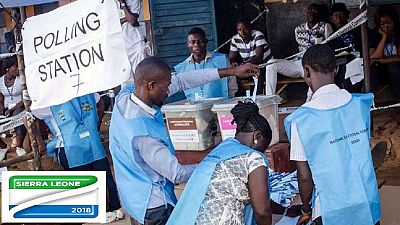 The uncertainty over the Sierra Leone presidential election runoff that was scheduled for Tuesday March 27, continues as different institutions offer conflicting statements as to whether it will be held or not.

The leading opposition party, Sierra Leone People’s Party (SLPP) is the latest to issue a statement, in which they describe the March 24 high court order restrained the National Electoral Commission (NEC) and its chair from organizing the polls pending hearing of the case coming Monday, as ‘unconstitutional’.

The SLPP argues that failure to hold the runoff on March 27 contravenes the Constitutional provision that stipulates that a runoff must be held within fourteen days of the announcement of the previous election.

The SLPP describes the injunction as a ploy by the incumbent president and the ruling All People’s Congress (APC) party to illegally extend the tenure of the president.

The civil society in Sierra Leone have also voiced their frustrations with the judiciary of the country, following the High Court decision to put the electoral process on hold, just two days to the elections.

In a statement issued on March 24, the civil society resolved that the runoff elections must be held on March 27 as scheduled.

The civil society statement referred to the Truth and Reconciliation Commission Report findings that stated that ‘lawyers and judges in Sierra Leone have failed to stand up to state tyranny.’, adding that they expect the judiciary to correct its past.

Civil Society groups in #SierraLeone resolve for the run-off presidential election to go ahead on Tuesday March 27 as planned and requests it's members to be present in court on Monday for the hearing of the injunction. #votesalone #SierraLeone #SierraLeonedecides pic.twitter.com/Pu66EduqPT

While the opposition and civil society have all expressed optimism that the runoff elections will be held on March 27 as scheduled, NEC which had earlier said it would proceed with preparations despite the court injunction, has since changed its position.

In a statement acknowledging receipt of the court injunction, the commission said it would temporarily cease all logistical preparations for the run-off, pending the resolution of the matter before court on Monday.

necsalone temporarily ceases all logistical preparations for the runoff election that was scheduled for Tuesday 27 March 2018 in #sierraleone This is due to an interim injunction...decision to be made on Monday. #SierraLeoneDecides #sierraleoneElections #sierraleonevotes pic.twitter.com/aaUTPTgaxZ

The case that led to the injunction was filed by one Ibrahim Sorie Koroma, a lawyer linked to the ruling APC party. Lawyer Koroma in his filing averred that electoral fraud allegations should be investigated before the vote goes ahead. 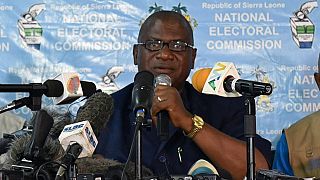 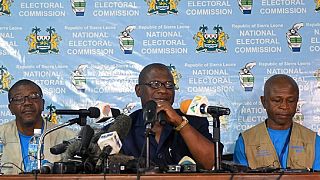