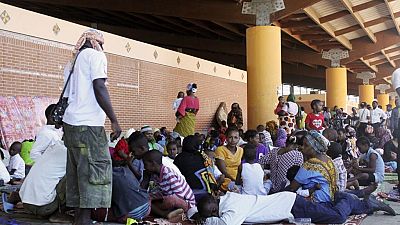 A group of residents from the Indian Ocean French island of Mayotte has been rounding up suspected illegal migrants and taking them to local police.

The move targeted around 100 “foreigners, Comorans and Africans”, a member of the group told AFP.

Protests against the economic crisis and illegal immigrants from the Comoros islands have paralysed the island.

The truth is we’re suffocating in Mayotte. We can’t access our hospitals anymore. We have to go to Reunion Island or elsewhere for treatment.

Mayotte has been in turmoil since mid-February, with roadblocks, a general strike and protests.

France’s minister for overseas territories, Annick Girardin, has condemned the move, saying “this kind of practice does not exist in a department”.

She urged the population to let the police do their job, adding that security arrangements were already in place.

Locals complain that the arrivals of migrants are putting Mayotte’s health, housing and education services under pressure.

Violent clashes between rival gangs at a school sparked anger over spiralling crime which many residents blame on migrants from the non-French Comoran islands.

Ms Girardin visited the island earlier in the week to negotiate with protest leaders, and an agreement seemed to have been reached then.

But they later said they had felt “betrayed” by Ms Girardin’s suggestion that an accord had been reached before they had had a chance to consult with demonstrators.

They announced they were carrying on with their movement, but were willing to hold new talks with government representatives.

French Guiana in South America has experienced a similar influx from Haiti and neighbouring countries in recent years that has also put pressure on under-resourced hospitals and schools.

That led to months-long protests ahead of France’s presidential election last year, which prompted promises of extra security forces and funding.

Is there a health crisis in Mayotte?

About 70% of the 10,000 babies born every year in the island’s only maternity hospital in the main town of Mamoudzou are born to illegal migrants, mainly from the Comoran islands, according to official statistics.

It is said to be one of France’s busiest – to the point that the government is considering declaring the hospital as non-French territory so that children born there do not automatically qualify for French citizenship.

“The truth is we’re suffocating in Mayotte. We can’t access our hospitals anymore. We have to go to Reunion Island or elsewhere for treatment,” Marianne, a protester, told the AFP news agency.

“We can’t give birth in Mayotte anymore because there are too many deliveries. Our safety is at stake.”

Why is Mayotte French?

Mayotte is an island of 250,000 people that is part of the Comoros archipelago off the coast of Africa.

The Comoros was a French colony until 1975 when it declared independence.

But Mayotte opted to remain part of France, voting overwhelmingly in 2009 in favour of becoming an integral part of France, mainly because of the economic benefits associated with becoming French.

It is a predominantly Muslim country, and although French is the official language, only about half of the population can read or write it.