Mauritius PM says president's decision not to resign is deplorable 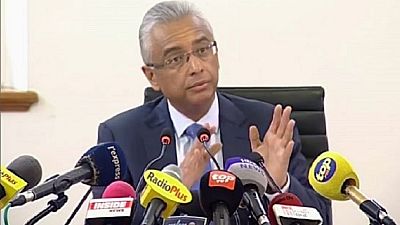 Mauritian Prime Minister said on Thursday it is deplorable that the country’s ceremonial president has failed to follow through on an agreement to resign over a scandal triggered by accusations of financial misconduct.

The country’s leader Prime Minister Pravind Jugnauth said that under his agreement with President Ameenah Gurib-Fakim who is the first woman in the post, she was due to step down on Thursday.

Last month the local L’Express newspaper said Gurib-Fakim used a credit card issued by an international non-governmental organisation to buy clothes and jewellery in Italy and Dubai. The report triggered an outcry, not least on social media.

It undermines the presidency and does no credit to the Republic. It’s a total disrespect towards the state and the Mauritian people.

Gurib-Fakim has denied wrongdoing and said she refunded the money. On Wednesday she said she would not resign and was ready to testify in court to debunk the accusations.

Jugnauth said her decision is “deplorable and unworthy” and the cabinet would discuss the matter on Friday.

“It undermines the presidency and does no credit to the Republic. It’s a total disrespect towards the state and the Mauritian people,” he said.

Mauritius markets itself as a bridge between Africa and Asia. Its economy relies on sugar, textiles and tourism but it is trying to develop new sectors like offshore banking, business outsourcing and luxury real estate.

The newspaper report said Gurib-Fakim used a credit card issued by the Planet Earth Institute, an organisation which supports education by offering scholarships. She was an unpaid director at the NGO and the credit card was to pay for the promotion of a doctorate programme named after her, it said.

Meanwhile, the president has appointed a legal team to represent her if and when a tribunal is set up to investigate the details of the scandal.

The team led by senior counsel Me Yousuf Mohamed have already served a notice to Barclays Bank, which issued the Platinum card used by the president and whose bank statement was published in the media.

The president is seeking moral damages of up to Rs 500 million ($15m) for breach of banking secrecy.