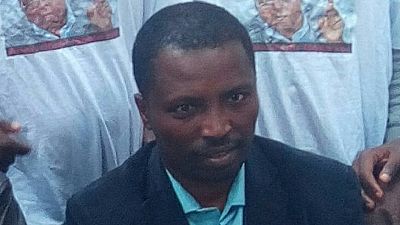 Ethiopians on Twitter are reacting to the news on Thursday that a top official of the Oromia regional state had been detained by authorities for criticizing the army over recent killings in the town of Molaye.

Taye Dendea, a lawyer and head of the Oromia regional state justice bureau’s communication and PR department told the VOA Amharic service that he did not believe that the army’s killing of civilians in Moyale was a mistake.

Local media and online activists confirmed his arrest, stressing that he was not a stranger to jails. He has previously served three and seven years on charges that he belonged to the banned Oromo Liberation Front (OLF) during his varsity years between 2003 and 2016.

Ethiopian tweeps, meanwhile, continue to laud him for his firm stance on the security crisis that has rocked Oromia state amid a controversial February 16 nationwide state of emergency imposed ostensibly to quell spreading violence.

Taye Dendea a communication head for Oromia justice office, was arrested today. Taye is a renowned activist who has been in prison for 10 years before he was released in 2015. #Ethiopia pic.twitter.com/YxT2qQZnaL

#TayeDendea has the heart of a lion. He spent a third of his life in prison but that didn't stop him from speaking truth to power. He will not be cowed into silence. Release him and bring the perpetrators of the #MoyaleMassacre to justice. #Ethiopia

Taye Dendea, head PR for #Oromia justice bureau, is reportedly arrested. He was a show case of OPDO reforming. Taye had been arrested twice, suspected of being OLF member and served 3yrs & 7 yrs prison terms previously. #SOE in action in #Ethiopia.

Freedom struggle obviously has prices like death, imprisonment & exile. But it is heart bleeding to see individuals like #TayeDendea pay unfair toll of the price. 10+ yrs imprisonment & going back again?… Hey freedom I hope you really worth this.

Pls read *Oromia Media Netwrok (?) as *Oromia Broadcasting Netwrok (OBN), which is the regional state's broadcaster! (I didnt make that mistake, my fingers did).
???

Under #TPLF administration, once if you are political prisoner you will never set free rather u are recycled. #Ethiopia ??

The Addis Standard portal in its report on the arrest noted that this is the third time Taye has been detained.

“It took Taye a total of 16 years to graduate with his first degree in Law before he joined the Oromia justice bureau in 2017,” the report added.