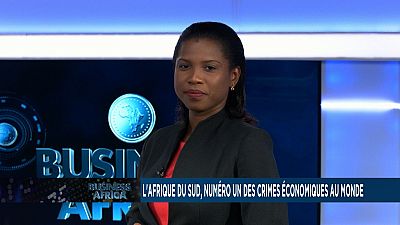 Somalia achieved a budget surplus of $3.8 million in 2017

Despite multiple ills such as the jihadist attacks and severe drought in 2017, Somalia has managed to maintain a balance of trade.

In September last year, the country recorded a budget surplus of $3.8 million, compared to $1.8 million in December 2016, according to the latest International Monetary Fund report.

South Africa is ranked highest among the 10 countries in the world most affected by white-collar crime.

This is according to a report published by PricewaterhouseCoopers (PwC). The institution’s bi-annual survey revealed that 77% of companies located in the country have been victims of economic crime over the past two years.

For more on this PricewaterhouseCoopers report, we are joined on line by Godfrey Mahofa, a researcher/economist.

He also talks about the results of these surveys on South African economic policies.