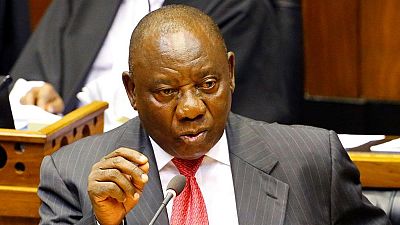 The Republic of South Africa will continue to work to increase cooperation with Angola at “higher levels,” President Cyril Ramaphosa announced on Friday in Angola’s capital, Luanda after a four-hour visit to Angola, where he met his Angolan counterpart Joao Lourenco.

At a press conference at Luanda’s Quatro de Fevereiro International Airport, the South African leader spoke highly of his country’s relations with Angola.

“I chose to visit Angola because the relationship between Angola and South Africa is a very special one. It is a very historic relationship that is steeped in struggle, our own struggle, where we as South Africans received a lot of support from Angola. So Angola contributed a great deal to our freedom,” said Ramaphosa.

I chose to visit Angola because the relationship between Angola and South Africa is a very special one.

He added that both countries will continue working to develop excellent bilateral cooperation in the areas of tourism, infrastructure, trade, energy, mining and agriculture, among others.

They have as their legal instruments, among others, a General Agreement on Economic, Scientific and Technical-Cultural Cooperation signed in April 1998 and an Agreement for the Establishment of the Bilateral Cooperation Commission, which started in November 2000.

Bilateral relations were strengthened last November, during the first state visit of Joao Lourenco to South Africa, with the signing of several agreements, especially the visas waiver deal on ordinary passports.