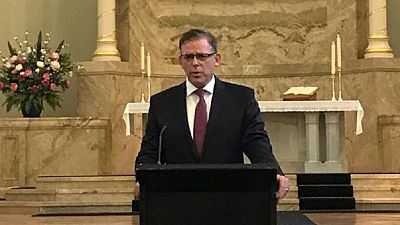 An Australian legislator has warned that Ethiopia’s current political situation could have wider implications for the Horn of Africa region, for Africa and to an extent the world.

According to Anthony Byrne, a Federal Member for Holt in Victoria, Ethiopia was undergoing a period of political transition that has an uncertain end.

In a ten-minute address delivered in the House of Representatives in the Australian Parliament, Byrne dispelled the idea that Africa was far from Australia and its business should be left to it to handle.

“Some, (deputy speaker), will say what happens in Africa does not affect our country, that is just not true, I mean, Africa is a growing – series of countries that will have an increasing say in world affairs.

“And so what does happen in Ethiopia regardless of how far away people think it is does have an impact and ultimately will have an impact on this country and what happens to the Ethiopian government.

He continued that Ethiopian politics had an impact on the diaspora communities in Australia stressing that it could have, “depending on what the outcome is, quite a destabilizing impact on those countries within Africa.”

His February 26, 2018 address to the parliament was pinned on what he said were ‘ongoing persecution of the Oromo peoples in Ethiopia.’ He called on the Ethiopian regime to halt persecutions of the Oromos whiles pledging to represent their interests as best as possible.

“I’d urge the Ethiopian government and will continue to rise on behalf of the Oromo community in my constituency and elsewhere in Victoria in this country to cease the ongoing persecution of the Oromo peoples in Ethiopia.

“And I will continue to work with Oromo leaders in Victoria and overseas to continue to highlight their concerns.”

You can watch his full address to parliament