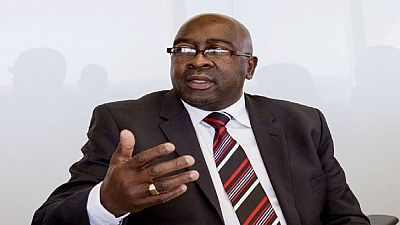 Hailing a “new dawn” a day after his inauguration almost two weeks ago, the 65-year-old promised to fight corruption, which had weakened the economy of Africa’s most industrialized nation under Zuma, and to trim a bloated cabinet.

Seeking to keep the different factions of the ruling African National Congress represented within the cabinet, Ramaphosa retained several ministers appointed by Zuma but demoted some of them from key government departments.

“In making these changes, I have been conscious of the need to balance continuity and stability with the need for renewal, economic recovery and accelerated transformation,” Ramaphosa said in a brief speech.

Zuma fired Nene as finance minister in December 2015, replacing him with unknown parliamentary backbencher Des van Rooyen. He was then forced to sack van Rooyen and reappoint a previous finance minister, Pravin Gordhan, four days later after the rand collapsed.

Gordhan, who was fired by Zuma last March, was also reappointed to the cabinet, handed the key public enterprises department, which oversees around 300 state-owned firms, including loss-making South African Airways and cash-strapped power utility Eskom.

Nkosazana Dlamini-Zuma, who narrowly lost to Ramaphosa in an ANC leadership election in December, was named as minister in the presidency responsible for planning and monitoring.

The rand firmed against the dollar in volatile trade, ahead of the announcement, and was steady after Ramaphosa spelt out the changes.